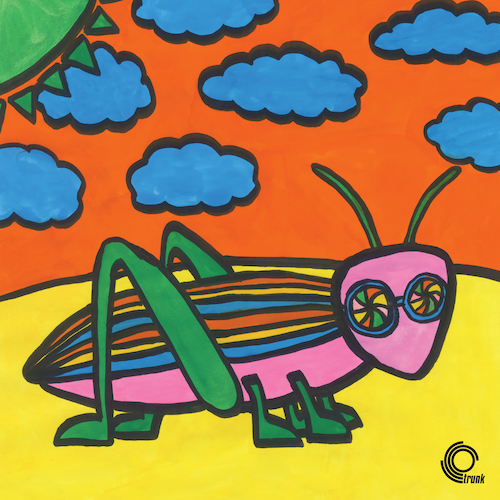 Sorry, God's Chorus is out of stock.

Intriguing, controversial and wholly unique recording of crickets and more crickets and slowed down, crickets that all end up sounding insane. Here's what Tom Waites said:

“I heard a recording recently of crickets slowed way down. It sounds like a choir, it sounds like angel music. Something sparkling, celestial with full harmony and bass parts - you wouldn't believe it. It's like a sweeping chorus of heaven, and it's just slowed down, they didn't manipulate the tape at all… …and there's something to be said for slowing down the world." (Daily Bruin, 2002)

A few years ago (2014 to be precise) I was alerted to a strange recording on-line. I think it was on Mixcloud, but it might have been Soundcloud. I can’t remember exactly which cloud, but I do remember other more important things: the recording was called God’s Chorus and millions of people had listened to it. And thousands of those millions of people had left comments. Some had praised the mesmerising, angelic sounds, (“OMG it’s actually angels singing!”) some deciding that this may indeed be the music you hear as you die and your soul rises to heaven. Others more cynical thought it was a total hoax, all made up, just a musical con. Some had their own theories about how it was made and why it sounded so incredible, some had educated ideas and many just didn’t care as they loved it so very much.

There was also a name associated to the creation of God’s Chorus; Jim Wilson. I listened. I listened more. I found myself immediately intrigued. And within a couple of days had licensed the recording. I believed it would really suit being on vinyl and not just on a cloud waiting for more comments.

The story behind the God’s Chorus recording is short and simple. It begins with the aforementioned Jim Wilson, a song writer, musician and enthusiast for Native American sound, nature, ambiance and the new age. Jim had recorded the crickets. He then recorded more crickets. He then took one of these cricket recordings, slowed it right down (just like Basil Kirchin would) and then simply played the slowed down recording over the top of the normal speed version. If you want to get technical “the sound created is a simple diatonic 7-note scale chord progression and melody with a multi-layered structure”.

The original result became part of a Native American “animal lore” inspired work in 1994 (released only on cassette), the cricket sequence was then later extended, made available on CD and eventually put on-line. This is What you hear on this LP except for a faded break to give us Side One and Side Two.

Sonically God’s Chorus is really unlike anything else. Leave it on and it quickly becomes a bizarre hypnotic drone, somewhat like a modern minimal composition. The controversy surrounding this natural wonder lies with people who think this is just a cunningly engineered sound, a cheat, a fraud, a natural musical impossibility that has been manipulated by computer and includes human voices. But people have tried to recreate it with modern tech and choir sounds and have failed.

I originally licensed God’s Chorus back in 2014. It is now 2018. The delay in pressing is due to the difficulty I had in working out a cover. In my head I’d imagined a photo of a field, with lots of speech bubbles coming out of the field from all the little crickets. I then thought that drawing or painting was actually the way to go. And then I slowly came to the decision that the cover should be provided by a young artist. The job landed in Cornwall, and to the talented young Bess Kirby (currently aged 14) who paints postcards and sells them out of the window in her house to rambling passers by walking the coastal path.

I shall leave you to draw your own conclusions about God’s Chorus. Real or fake? True or false? I care not, as it sure sounds like crickets to me, and it sure does sound amazing.

We've received a small number of copies returned from another warehouse that have been round the world and back again. Be warned that few of the copies will have very slight scuffs or dents on the sleeves, or maybe a split in the shrinkwrap. The records themselves are brand new, never played.