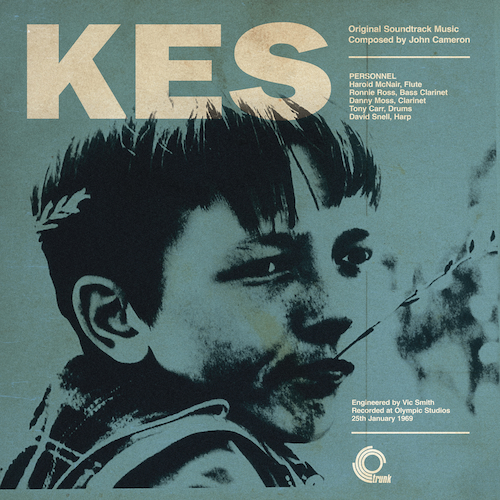 Sorry, Kes OST is out of stock.

One of the greatest British movies of all time has surely one of the greatest scores of all time. And by one of the greatest British jazz line ups of all time, but not playing jazz - oh no - playing a kind of pastoral score that flies way beyond jazz. Anyway, let's leave Jarvis Cocker to give you his opinion: "The sound of a long-lost childhood... The smell of a damp school cloakroom, from an age when comics were still printed on newsprint... But this is more than just another product of the nostalgia industry - put on this album & immediately you'll be soaring through the air, free of your earthly shackles: for this is the sound of a human soul in flight. A beautiful daydream antidote to an all too real South Yorkshire nightmare. "Tha' won't get me down t'pit." "Pig, Pig, Sow,Sow." "Tha' dun't like being called a bastard does tha'?" This is the real thing. This is beauty so fragile it hurts. This is music with the Jesses well & truly off." JARVIS COCKER.