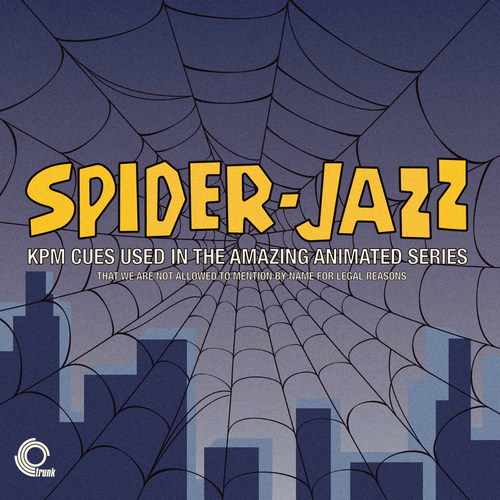 Sorry, SPIDER JAZZ is out of stock.

So here's some back story: way back in 1967, an animated superhero cartoon was released into the world. It was created by Grantray-Lawrence Animation and was based on a web-spinning, crime fighting blue and red character originated in 1962, in Marvel Comics by Stan Lee and Steve Ditko. This amazing series (that we’re not allowed to mention the name of for legal reasons) ran on ABC TV in the USA, then Canada, then a few years later started to spread its web further, running here in the UK throughout summer holidays, after school and possibly early mornings at weekends in the late 1970s. The series then got released on VHS video (and probably Betamax too) in the mid 1980s and still continues to spin its animated magic around the world through further broadcasts, YouTube and DVDs.

The series was notoriously low budget, with animated errors everywhere and numerous scenes, sequences and backgrounds being re-used all the time, often across the same episode. Even a certain spider logo on a costume would appear with six legs, then eight legs later on, then back to six again in the same show.

Series One opened with a newly written spider theme, a classic, hooky song all about doing whatever spiders can, and had, as Big George (RIP) once pointed out to me, a set of session singers falling slightly out of time with the backing track after the first verse. Series One also featured background music by jobbing composers Bob Harris and Ray Ellis but these cues and master tapes are now believed to be lost.

After Series One the company Grantray-Lawrence went bankrupt, so the amazing spider series (that we’re not allowed to mention for legal reasons) was taken on by producer Steve Krantz. He brought in new talent, including animation director Ralph Bakshi who later went on to turn a Robert Crumb strip cartoon into the feature Fritz The Cat. Krantz also slashed the already cripplingly small spider budget, and brought in the idea of using economic library music. Here, thanks possibly to an independent sync agent (it has been suggested that a company called Music Sound Track Services may have been the one) production turned to the KPM catalogue. This was one of the few really established library catalogues around at the time with a modern edge; it was full of fabulous, modern dramatic music tracks – often all on the same LP. But more importantly all the tracks were far longer than the one minute musical cuts that many of the fledgling USA library companies were issuing at the time. Not only would this KPM music be efficient, affordable and very easy to use, it would also mean syndication worldwide would not be held up by any future musical issues. Krantz produced two amazing spider series (that we’re not allowed to mention for legal reasons), and both were smothered with KPM music. In fact barely a spider second goes by without music playing in either the background or foreground.

For many years I – and many nostalgic others - have been thinking about putting this vinyl album together. For many enthusiasts this really is formative music – a junior foray into hip swinging crime jazz and esoteric musical grooviness. I remember talking about it with library music collectors like Joel Martin at least a decade ago. I’ve also read on line accounts by DJs from WFMU on the trail of original spider master tapes, and there’s even a whole forum dedicated to “Spidey-Jazz”. Then recently I was looking at an old spider tracklist and realized that several of my favourite KPM cues were there including Syd Dale’s “Hell Raisers” and “Walk And Talk”, both from one of the most elusive and desirable KPM albums of all time (yes, you just try and find yourself a copy of KPM 1002 right now), so I decided to push on and get the album made.

So, what features on this Spider Jazz Lp? Well it’s music from the amazing TV series we are not allowed to mention for legal reasons, BUT, not music from Series One. No, but it is all from Series Two and Series Three. From looking at archival cue sheets, over 50 tracks from various early KPM 1000 series albums were used across episodes. I’ve distilled this down into one exciting and enthralling LP, and if this works a further Spider Jazz album may well swing in to production. If you’re interested (and I’m sure you may well be) cues here came from KPM1001, KPM1002, KPM1015, KPM1017, KPM1018 and KPM1043 and were composed by master library composers from the era – Dale, Hawkshaw, Hawksworth, Mansfield etc.

And if you are listening over there in the USA, you may well recognize many of the cues here not just from the amazing TV series (that we’re not allowed to mention for legal reasons) but also from classic 1960s and 1970s NFL highlight shows that we are allowed to mention. 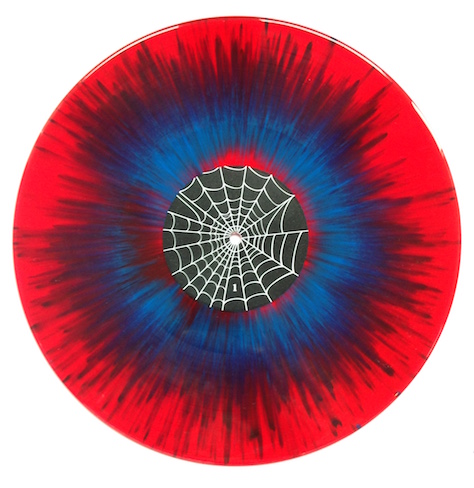 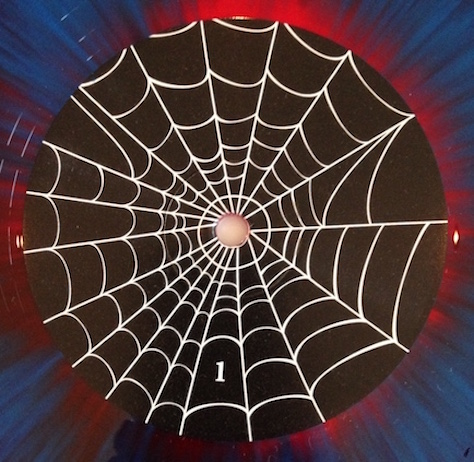